My Fourth Year Counting 2058 Stairs In A Row.... Yayyy... =D
It was quite a last minute decision to sign up for this event. Would not want to miss this year edition once the vest and finisher medal design were announced. Plus this year part of the registration fees will be donated to Yayasan Sejahtera Malaysia. That's why this year theme was Tower Of Hope. It's for the good cause. Me likey... #towerofhope

Went to collect my racekit from my friend. Thanks buddy! I also went to KL Tower last Friday to collect on behalf of my friend. Quite a pre-workout for me by taking the stairs from below the hill. Hehee... Plus it was a hot afternoon. Drenched in sweat but I felt good.

I was actually pretty nervous to do this year's Towerthon because I did not do any stairs training, unlike previous years. Missed the trial "simulation" session too due having a mini reunion "bridal shower" with my MRSM friends. My last stairs training was back then at Tangga Helang Seribu Kenangan in Langkawi hoho... Ah well just go with the flow... Remember, Aizat, it's a vertical run, just keep on moving, stop for a while to catch up my breath, never stop moving and stay alive! That's my pep talk to calm myself up.

During the race day, woke up lazily around 4.20am. Half heartedly preparing myself up and off I drove to KL Tower. Reached there by 5.35 am. Forgot to bring my Bunga Raya beanie (Sigh...), I only had Mee Udang Tumpah beanie by #MisFydKrafts with me inside my bonnet. That will do lah... Hantam sajalah...

Went into the starting gantry for the 1st Wave. We were being flagged off circa 6.10++ am. The 1km uphill run was tough hahaa! Felt steeper... Blame it on myself for not doing hill + stairs training before hohoo 😝✌️🙈 . Walked a bit when I could feel sore on my ankle & calves. Then I continued running again when the route was flat towards the KL Tower entrance.
Up towards the escalator and I entered the stairs chamber. It's time to count the stairs. The first 4 floors was doable.. I took it like a warming up... Water Stations were being set up at every 4th floor. Plenty of isotonic drinks & mineral water for all participants.

Had a sip at every WS and it was good time to take a breather here. I went near the industrial fan too. Felt much much colder and better.
Braved myself and kept on climbing the dreadful stairs. Some parts were partially ventilated with cold air while other parts were felt like there's no oxygen left - vacuum much... @..@
Reached TH00, almost there... You know that you were almost there when you walked on that epoxy floors. Probably to prevent the staircase from being slippery wet due to sweats and vomit...  After a few more floors and voila! I crossed the finishing line at the top of KL Tower for the fourth year in a row under 46 minutes hahaaa!! Screw the timing.. Just enjoyed the tormenting vertical run =P

Received the cool bulky finisher medal. Did not waste any time on the top and we were being directed to the downstairs. Queued for a while and managed to get a lift down in no time. Being sweaty in a lift with full of runners. A bit stuffy suffocated hoho...
Once I was out from KL Tower, received banana, Cool Rhino & had a few delicious refreshing icy cold drinks from Milo & Lemon Ice Tea. Waited for my running friends here to take photos and had a few chat. 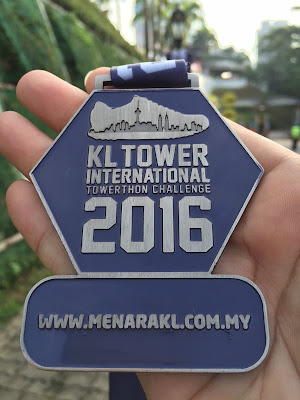 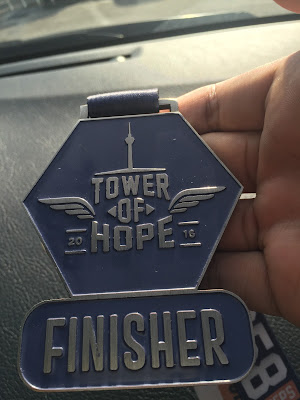 The finisher medal design was cool and awesome...The running vest design by Brooks Running Malaysia was super cool too. I just love wearing red... It really pops out...

Hanging around there for a while and cheered for the ladies. The KL Towerthon crews were playing the traditional instruments such as drums and caklempong for the participants. The atmosphere was amazingly awesome! 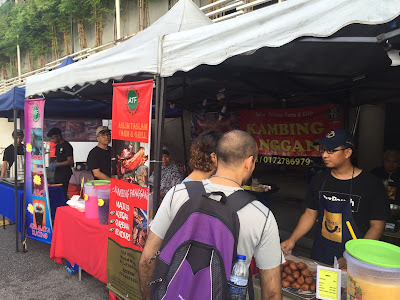 Oh, there were also several food trucks and stalls selling a range of yummy-licious food and beverages around the venue. This was in conjunction with KL Tower Food Festival 2016 which was being held for two days during the weekend, from 8 am to 6 pm. Finger food like pancakes, burrito, churros and even grilled lamb were served at a affordable prices.

Later, it's time to take photos with all my new and familiar suspects, as usual.... Hehee... Nice to meet all of you there and it was great to finally catch up with each of you guys. 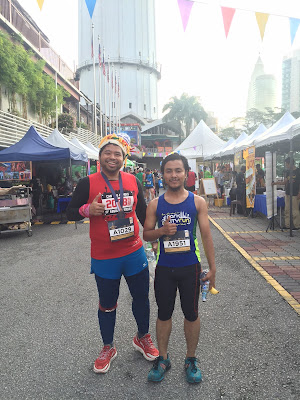 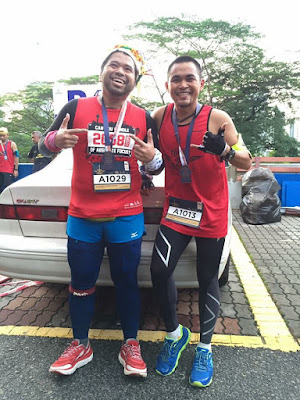 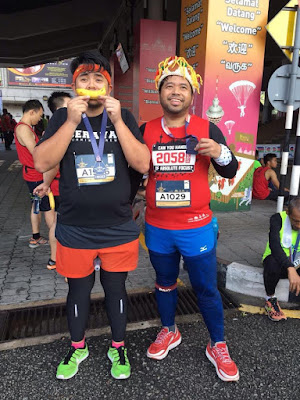 After hanging out for a while, I just took a stroll down the hill and snapped some pictures along the way. Met Yusrad and Kamarul there. 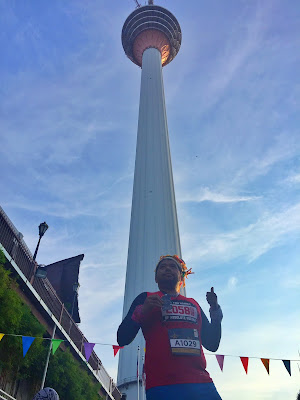 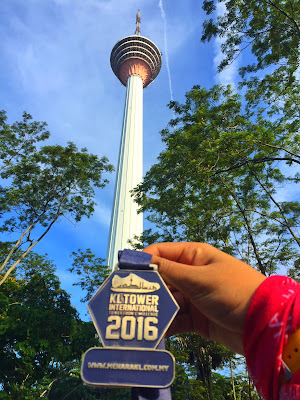 Posing with the iconic 421 metre (515 m above sea level) KL Tower at the background... Spellbinding! Oh before I forgot, since it's Kuala Lumpur Tower's 20th Anniversary, Enjoy 20% Off to Observation Deck, Sky Deck or All Parks. Just Show your purple items when you visit us on the 20th day of the month. I just love PURPLE! No wonder this year finisher medal and larnyard were all in PURPLE... It's Purple-Licious y'`all! 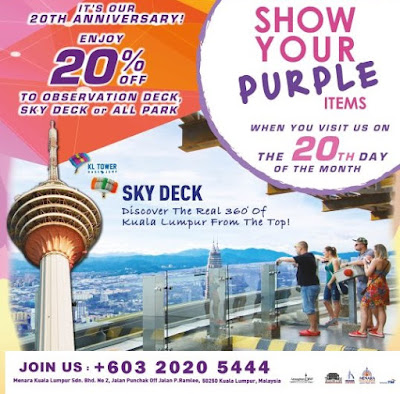 After finishing KL Tower, I went to Lake Garden for my long run. Really need the mileage because I haven't run that much this month. Did two loops in Lake Garden and I went up the stairs towards Bird Park - Butterfly Park - Islamic Museum of Art - National Mosque - Merdeka Square - Lake Garden. All in all I clocked 20.14km including the mileage 2km up and down Bukit Nanas. Considered it as my heat training for the upcoming hot fun in the sun run by the end of May. Hewhew...
Once I`m done with my 20km hill run + long run, I went straight away to attend my ex-classmate's wedding in Putrajaya. Congratulations to both of you guys newlyweds, Mrs Nurul Izza & Mr Sam Sam! The food buffet was superb! Love the icy cold cendol! =D
That's all folks! Can't hardly wait to run next Sunday... Super excited already...
Posted by eezard_vazz at 1:01 AM