DRAGON RUN EXCLUSIVE PREVIEW DAY - It Was A Blast! Aummm... 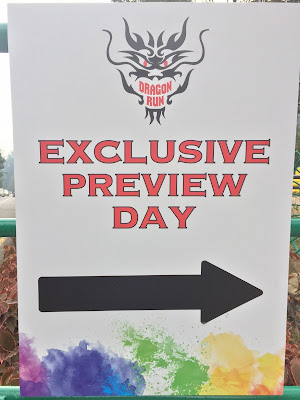 It was truly a great honour and privilege to receive an exclusive invitation from Ms Hoh Pooi Ling from Citrine One to Citrine One's Sports Day @ The Ranch, Gohtong Jaya, Genting Highlands. In conjunction with their 15th Anniversary on 3rd December. I was among the fellow media and bloggers community were invited for the occasion.
The Sports Day was being held on Saturday 9 April 2016 during the Dragon Run Exclusive Preview. Thanks to their exclusive collaboration with the organizers of Dragon Run. I really enjoyed every single moments on that day! 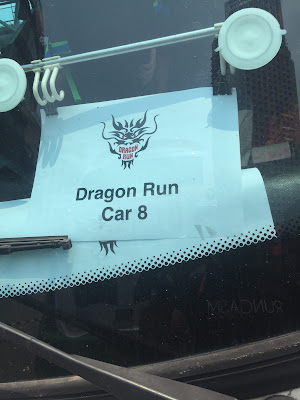 We went to the venue by chartered bus from KL Sentral. There were two buses during the preview day. I took the Bus No. 8... Manyak Ong woo... Once we arrived at The Ranch, I could see there were 6 Dragon Run gigantic martial arts themed inflatables including 60 meter long Giant Dragon, Kick Maze, Muay Thai Palm Tree Forest, Wobbly Sumo Head, Yin Yang Gate and the Jeet Kune Do Big Boss.

I need to be extra careful since I'll be doing 50km Route 68 Challenge a day after this exclusive preview day. Jaga kaki la katakan... Met Mr Daud here and we went through all the obstacles together. He's one of the reknowned blogger cum comper cum treasure hunter. Sangat disegani ramai gitooh... Thanks for your company bro! I learned a lot... Hehee... Feel free to stop by at his blog HERE
Changed into the official event tee and wore my cute Tiger Beanie headgear and mitten glove by MisFydKrafts then off I go joining the rest for the short briefing. After the welcoming address from Mr. Giedrius Sruogis, Event Director of Hong Kong based Dragon Run organizer, it was time for a dragon drumroll to officiate the afternoon session. Let the game begins!
Daud did not waste anytime and off he went first "slaying" the Giant Dragon. From the Dragon Gate, I ran up the ladder and took my sweet time balancing myself first after I jumped into the inflatable part. It was tough hahaa! I think I accidentally stepped on one of the girl's foot. Yikes! Sorry... :P
Made my way through the inflatable balancing beam carefully inside the Giant Dragon and slide down easily. Could already feel a slight of G force while going down the slide. 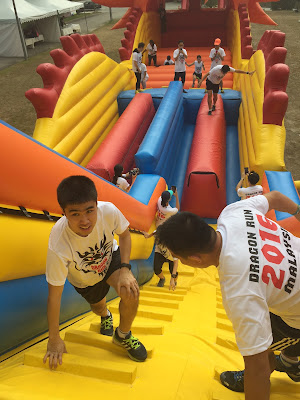 My adrenaline was already pumping and kicking in. Agility, endurance and balance were the key to success to come out alive from this sleeping Dragon. Off I crawled under the net and climbed on to the final ladder before coming out of the Dragon's tail... Yayy first obstacle done!

For the Next obstacle, we had to enter the training camp forest and learned the basics of Muay Thai by hitting the unique designed inflatable palm trees. I had so much fun punching, kicking and using my knees too... Felt like a Muay Thai warrior :P 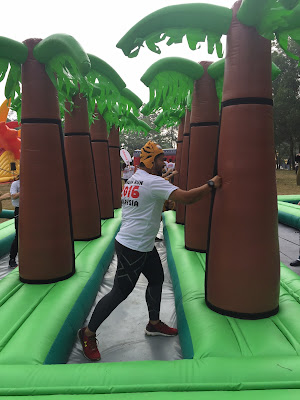 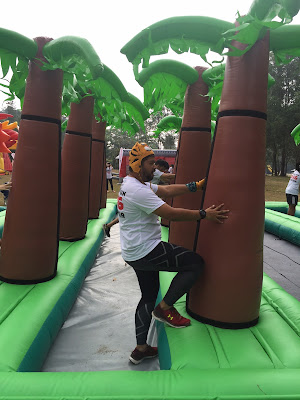 Remember, punch, side kick and some knee actions ala Muay Thai style!

Once we were done with the Palm Tree Forest, off we went to the third obstacle. The Kick Maze! Well this one definitely spike my cardio up with some kicking at every door. By using Taekwondo kicking techniques. Haiyakkk! Feeling2 Charlie's Angel lak kat segmen nih hoho...

After we were out from the Kick Maze, we had to pass through the Wobble Sumo Heads. These multiple giant wobbly sumo heads were difficult to push aside. Just squeeze your body in order to get through. Must take lots of picture and video here guys! Had so much fun posing here hahaa 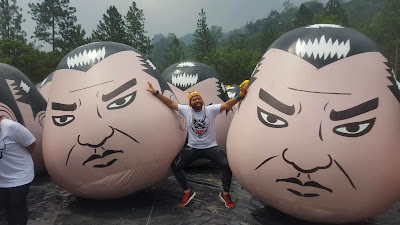 Yin Yang Gate was the fifth obstacle remarked that you were almost at the end of the journey and to balance it out they helped you to cool down a bit after entering the mystical gate. I tried to master the art of Jeet Kune Do but failed miserably here.. Tumbled down like a Humpty Dumpty all the way...Hahaa.. Blame it on the slippery inflatable Yin Yang Gate... Felt just like a plumpy hamster running up the cage LOL!

By the time I finished running through this enormous gate, it started to rain heavily. Fearing thunderstorms, they decidee to shut down all the inflatables as we were up on the field near the highlands.

Alas, some of us did not get the chances to tackle the final ultimatum obstacle. Jeet Kune Do Big Boss. It was a huge 3 lanes slide mixed with a bit of surprise in the end. Remember to unleash your inner Jeet Kune Do moves as you slide down. Those who have tried Big Boss gave a very good feedback... It's definitely a must try one! So much fun, so they said...

So there you have it folks. After I played with all 5 inflatable obstacles by using all types of martial arts, I could say that Dragon Run is a great event filled with heaps of fun & excitement. I sweat like bucket loads weh!  There will be 15 inflatable obstacles altogether on 14 May 2016. You can still grab your tickets folks! Bring along your family as there will be lots of entertainment and food carnival during the fun filled event.

So get your adrenaline pumped up, flex your muscles, learn some martial arts stunts.Don't forget to do some simple stretching first before going for this coming Dragon Run. Unleash your inner Jet Li, Jackie Chan or even Michelle Yeoh (Wing Chun). =D
Dragon Run is an adrenaline-pumping 6km obstacle run around a course that incorporates eye-catching and challenging Martial Arts-inspired obstacles. Thanks to Citrine One for this awesome preview day and the free two tickets that I won through the social media contest. Yayyyy! So who wants to be my "sparring" partner for this Dragon Run Martial Arts Fun Day? Hohohi...

For purchasing the tickets, just log on to https://liv3ly.com/event/details/Dragon+Run+2016 or just follow their Facebook page Dragon Run at https://www.facebook.com/DRunOfficial/?fref=ts and  http://www.dragonrun.asia/ for all the Dragon Run in other Asian major cities like Bangkok - Thailand, Taipei - Taiwan, Seoul - South Korea, Singapore, Hong Kong and Tokyo - Japan.