Like they always say, two are better than one. Some even called it the Dynamic Duo, 2-in-1, Sehati Sejiwa thingy. Just like this amazing inaugural Compressport Combo Challenge 2016 (KL Series). I was truly honoured to be invited to such auspicious occasion. All thanks to Compressport Asia Pacific , Compressport Malaysia and My Triathlon Shop (MTS).

In collaboration with the experienced Event Organiser, My Triathlon Shop, Compressport will be staging TWO races with TWO distances on TWO different terrains for the first time ever in Malaysia. 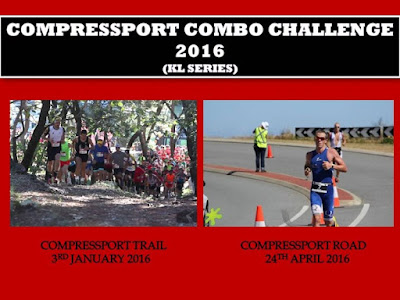 The first part will be a Trail Run (6KM & 12KM) that will be held in the picturesque stunning surroundings of Wetland Park, Putrajaya. Meanwhile the second part will be a Road Run (6KM & 12KM) that is to be held among the modern landscape  of Cyberjaya City, Selangor. This Combo Challenge Series will give trail and road runners a chance to enjoy the best of both worlds under the single international Compressport marque. It's like killing two birds with one stone, how cool is that? =D 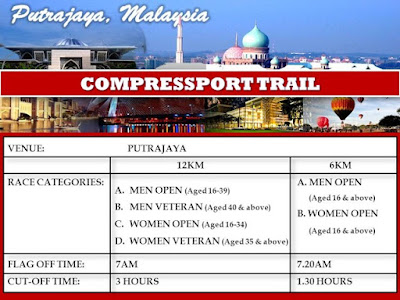 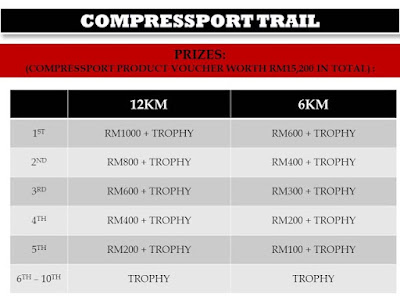 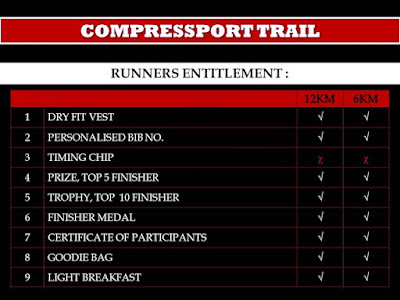 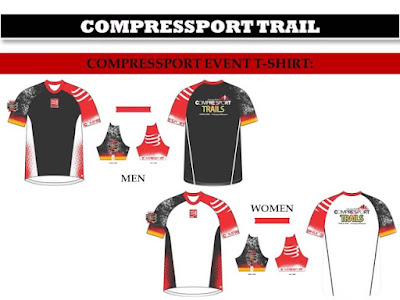 This debut join forces between Compressport, the experts in high-quality performance sportwear and My Triathlon Shop, a popular race organiser will offer to the runners a new running experiences of the highest calibre. This Combo Challenge Series will definitely offer something special for both elite runners, as well as the novice runners. There is something for everyone, and I can assure you that no one will be left behind nor left out! 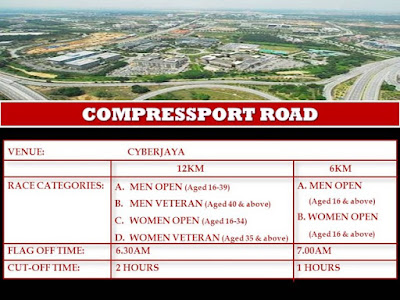 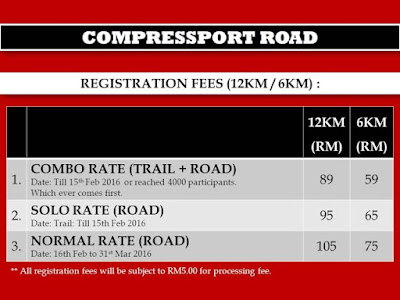 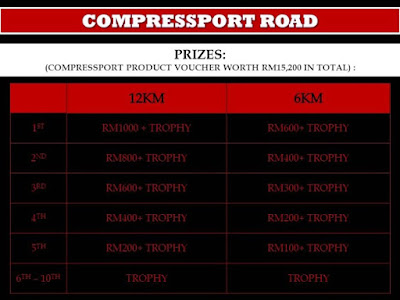 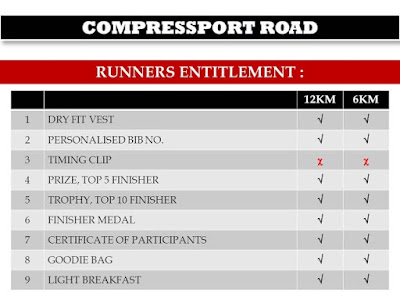 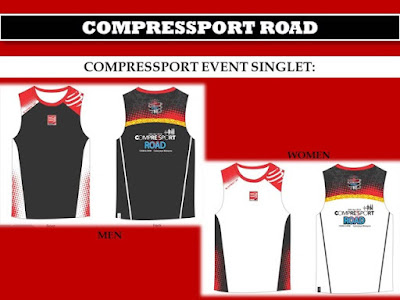 There are so many Combo with promotional prices to choose from for this inaugural Combo Challenge. I must say that you will save more than the actual prices when you signed up for this Combo Challenge. Figures won't lie, folks! Check it out all the info below here yaa... =D 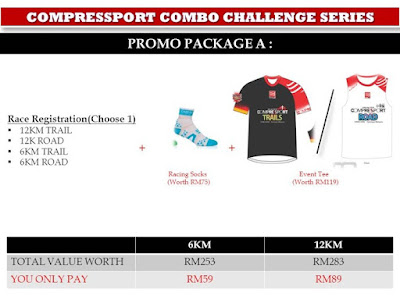 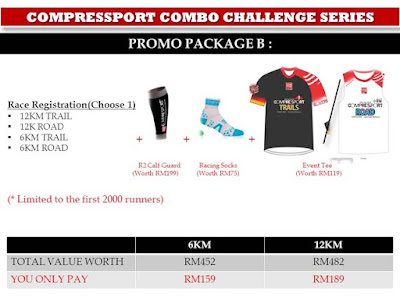 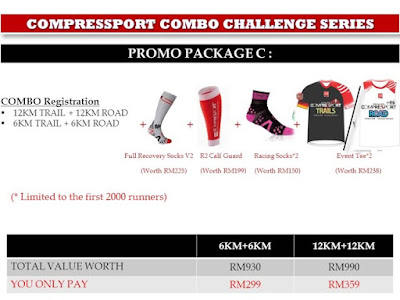 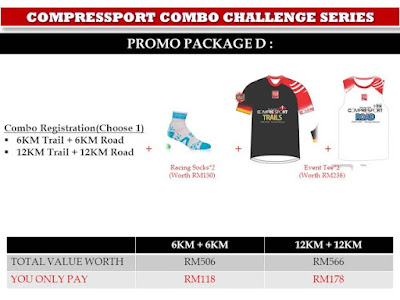 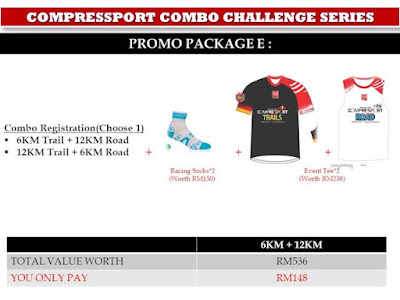 The press conference for the launch of Compressport Combo Challenge 2016 was held on 13 October 2015 at Xero Gravity, Level 9, PJX-HM Shah Tower, Petaling Jaya. Many reknowned distinguished runners from several running groups, bloggers, media were invited to witness such amazing event. 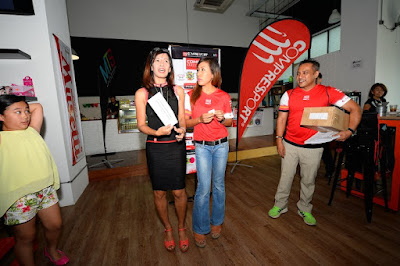 Welcoming address was given by Ms. Karen Geh, the Director of My Triathlon Shop and later on, Mr. Eric and Mr Kishen of Compressport Asia Pacific gave their speeches.

To mark this special occasion, 5 Compressport Ambassadors have been appointed but only four were present on that day in recognition of their passion for running and their positive contributions to the running society. They wore Compressport High Performance Compression Apparel which is fully made in Europe and is designed to give multi-sports athlete optimum performance.

Later on, we had lots of fun taking photos together with other guests and the great people from Compressport Malaysia and My Triathlon Shop. The group photos with so many friendly runners from all walks of life was the most unforgettable moments. 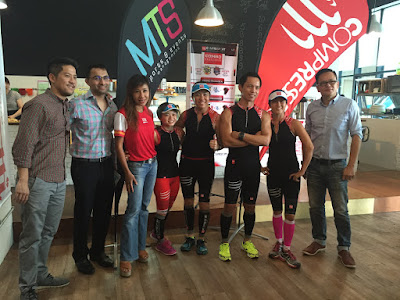 It was also the grand premier of the finisher medals for Compressport Combo Challenge 2016. We were allowed to get the feel with the super nice finisher medals and went crazy about it. For me, it's definitely a Combo that's worth signing up for. To top it out, I just donning it with my funky Tropical Fruity Beanie Cap... =D 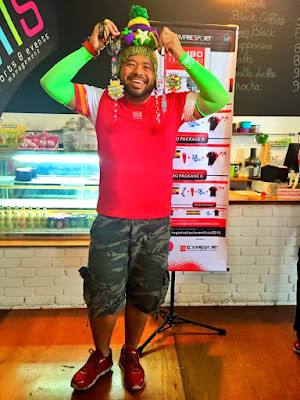 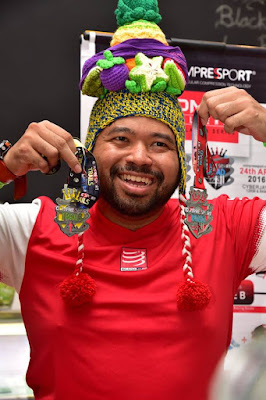 Penulis #abambuah sempat posing2 vogue bersama medal penamat yang sangat menarik tertarik lagi unique ini hohoho.... Best2....
Thank you for having us there and for those runners who are very interested in signing-up for the events, feel free to save the date 3 January 2016 for the Trail Run and 24 April 2016 for the Road Run.

Here's the link for register such one of a kind combo challenge. => https://liv3ly.com/registration/event/ccc2016  Check it out yeah!


These are some recommended links, for more information and latest updates on the event itself :-
www.compressport.com
www.combochallenge.com
www.mytriathlonshop.com

So, what are you waiting for? Come and join us.... Don't forget to inform all your running buddies and running group to join this Combo Challenge. It's definitely a must join events in 2016. I just can't wait to sign it up asap (P/S: Still have to wait for this month Gaji Day to sign it up laaa then) =P

I'll see you happy fun runners there yaa... Till then....

Posted by eezard_vazz at 1:55 AM No comments:

Oh hello there, to all my loyal followers and running friends all over Malaysia, Singapore and the whole wide world... First and foremost, forgive me for being so super duper lazy in updating my rustic cobwebbed blog.... I'll try my best to start blogging back for the sake of my own reference in the future. Documenting every aspects of my running journey... That's the most important thing.

Yeah, yeah, yeah... Everyone is looking forward to run in this year SCKLM... It's the most anticipated running event in Malaysia. For the record, this is my 4th year joining SCKLM. I've started doing Half Marathon in SCKLM 2012, followed by Full Marathons in 2013 and 2014. Therefore I was so head over heel when I found out that I was one of the 140 lucky runners that won the Standard Chartered KL Marathon 2015 Instagram contest. I was entitled a free FM slot in conjunction with the 140th Anniversary of Standard Chartered Bank in Malaysia. How cool is that? 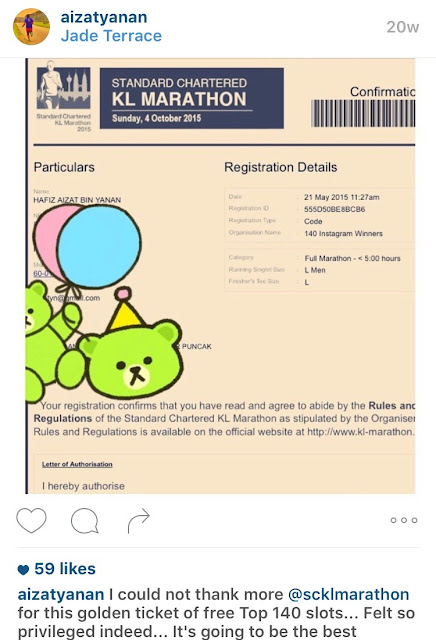 I have to admit that I was really concerned with the haze situation that normally occurred several weeks before the Big Day. It was just like a creepy eerie curse, the same thing happened all over again in SCKLM 2013. But this time around, there's no way the organizer could postpone the race since it's already end of the year.

I've made the room booking in advance in KL and once I've checked in The Explorers Guesthouse on Saturday then I found out that the race was being cancelled at the eleventh hour. All my running friends spread the news via Whatsapp and Facebook. I was so relieved that the organizer has made the most wise and right decision. The haze was so bad on Saturday. The visibility was suck and the smoke smell was so awful! So I went straight away to Dataran Merdeka to collect my entitlements @ DNS "souvenirs". I bumped into some familiar friendly faces around the venue. It was so nice meeting all of you guys.

Later that night I joined them for some dinner ala picnic at the Dataran. We spent times chatting all about running events and gossiping while the haze was getting worse. It's like super thick mist or fog already. There's no wind or rain at all. Such an unpleasant condition for running a marathon, especially in the wee hours. Then off I went to the bed around 11pm for a good deep sleep and planned to wake up around 5.30-6am.


I was awakened by the calls from Apeng around 5.30am. As soon as I woke up, I could feel my throat was so sore and itchy. I kept on drinking more water but the dryness wont go away. even my voice changed husky. So I went to freshen up myself and put on my running gears and all sorts, as usual. I walked to the Dataran and met up with Apeng, Kak Sal and Lisa Chew. Looks like the pacers and a team of runners were already running their solidarity run. By looking at the hazy conditions, deep down I knew that running was impossible. So I just sat around and waiting for more friends to come by. 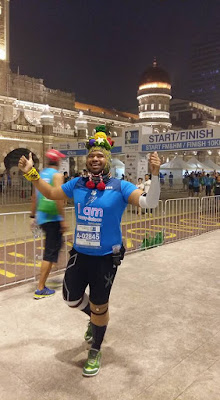 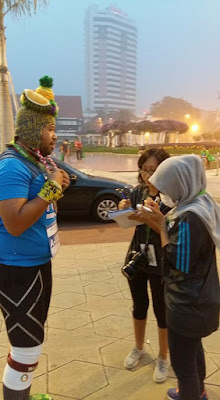 While I was waiting for my friends to join me hangout at the race venue, I was being approached by 2 personnels from Standard Chartered social media. They interviewed me asking about what's my opinion on the cancellation of SCKLM 2015 and why was I wearing such a fancy headgear for the event. Even the emcee, Linora interviewed me for my unique fruity headgear. I almost laughed out loud when she asked me, "Are you from Hawaii?" Well obviously the pineapple crown was the star of the day... Hahaa... Like hello, Malaysia also have nenas too, you know... hewhew =P 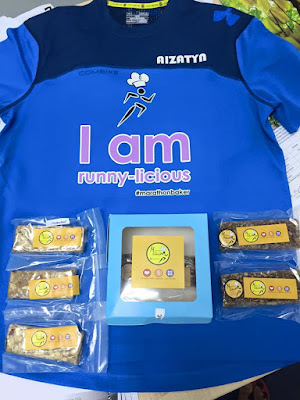 Oh, for your information, I've decided to wear a unique custom made headgear, inspired by our Malaysian Tropical Fruits Basket. It was made by my dear creative friend, Mis Fid. That fruits beanie cap really stood out during that event. I was truly privileged to be chosen as one of the product Ambassador for Marathonbaker homemade energy bars. It was like a dream comes true for me to wear the limited edition running tee. The logo was superbly awesome too!

As the day was getting brighter, more and more running crowds thronged the venue. It was like a fiesta, a huge reunion for runners. No time went wasted as we kept on taking selfies, wefies, groupfies, you name it. In the big crowd, I managed to take a group photo with all MARDI Runners. Yayyy... All the runners were enjoying the free breakfast at the Hospitality Tent. Delicious pasta, hotdogs, chicken wings, yogurts, bananas and some hot piping teh tarik drinks. It the company that matters the most, right?

I did not expect to be interviewed by Media Prima reporter on that early morning. She asked me on what's my opinion on the organizer's decision to cancel the running event. I said that they made the right decision, since the health and safety of the runners was a priority, as well as all the volunteers manning the water stations, traffic marshalls and the medic crew. After that, a reporter from RTM interviewed me too. It didn't get any better and sweeter than this I bet... hehee... #feeling2instantretiss =D
Although the event was being cancelled, but I had tonnes of fun, meeting some new and old friends. Indeed, we took lots of picture together since all my running friends, near and far... That's truly a pure happiness when all runners united for a good cause... It's a social sports after all...

Later in the evening and night, all my friends told me that my interview was on air, especially on Buletin Utama TV3... Even my Dad called me... Unfortunately I was outside and not watching the live news. hahaa... Luckily Mis Fid compiled all the news from several stations, RTM1, RTM2 (English and Mandarin News), TV3 and Ntv7.... It was truly my once in a lifetime experience, being on air! hahahaa.... Forgive my poyoness hohoho... Couldn't help it... Although I sounds a bit nervous + excited towards the end... blushing much eh...