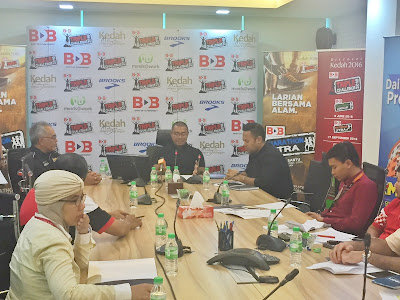 KUALA LUMPUR, 14 October 2016 - The quaint, little town of Jitra will come alive once again when 2000 plus runners run through its roads, experience the atmosphere and scenery running through paddy field areas with the beautiful scenery and Jitralocals hospitality.

BDB Marathon Jitra 2016 which will take place on Saturday, 12th November 2016 will be flagged off from Tasik Darulaman in Jitra as early as 5am for the Full Marathon category by Y.Bhg. Dato' Izham Yusoff, Group Managing director of Bina Darulaman Berhad. This inaugural event is brought to Jitra by Bina Darulaman Berhad (BDB) as title sponsor.

The BDB Triple Challlenge 2016 aims to attract running, climbing and fitness enthusiasts both locally and internationally to experience the lush attractions Kedah has to offer while partaking in a world class event in conjunction with Discover Kedah 2016 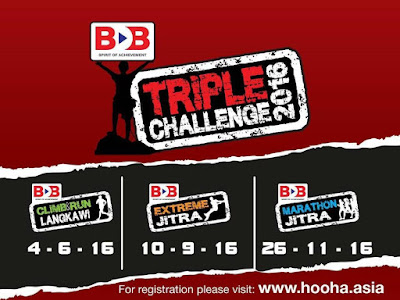 BDB Marathon  Jitra is the third of a three-part series of events under the BDB Triple Challenge 2016. The first event was BDB Climb & Run Langkawi which was held on 4th June 2016 had given participants a chance to explore a different side of Langkawi while for the second event, BSB Extreme Jitra which took place on 17 September had witnessed participants running, climbing and going through 10 challenging obstacles at Tasik Darulaman. As for BDB Marathon Jitra, this event hopes to see participants running in the heart of Jitra while practicing healthy lifestyle.

Dato' Izham Yusoff, Group Managing director of Bina Darulaman Berhad said, "BDB is thrilled to see the tremendous enthusiasm and support for all our past events, BDB Climb and Run in Langkawi and BDB Extreme Jitra in September. Our involvement in the BDB Triple Challenge 2016 aims to inject positive energy into ous society and foster a sporting, healthy community. We hope to continue organising similar events in Kedah for the benefit of the community and the state, as a whole.

We are also happy thay Firefly, our community airline, is keen to sponsor 14 complimentary flight tickets for domestic and ASEAN destinations (Singapore, Langkawi, Penang and Johor Bahru) worth of RM 12,600 as prizes for all the winners. It is a privilege for Bina Darulaman Berhad to be associated with a well-known airlines that is willing to contribute significantly to BDB Marathon Jitra 2016. This sponsorship is also seen as a platform for Bina Darulaman Berhad to work closer with Firefly for future events."

Firefly Chief Executive Officer, Ignatius Ong said, "We are very much delighted and optimistic that this partnership between Firefly and Bina Darulaman Berhad will benefit the community of Kedah and look forward to more partnerships with BDB."

The Marathon is open to all Malaysian and non-Malaysians, aged 18 and over. The categories, flag off time and prize details are mentioned below: 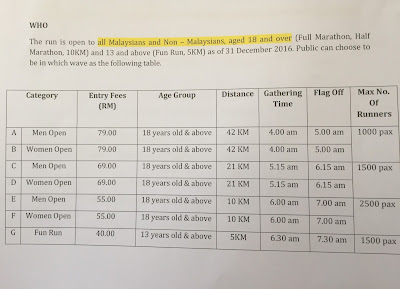 The race offers a total cash of RM 13,000 for all the first, second and third placing of all categories. Runners in the Full Marathon, Half Marathon and the 10km categories will be given a timing chip each to measure their personal record. Registration is still open for the public at https://hme.hooha.asia/BDBMarathonJitra.aspx 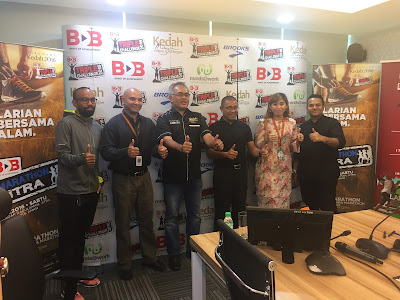 Thinking of its participants, BDB Marathon Jitra has come out with special packages on hotel to give them the opportunity to experience the magic of Jitra town without unnecessary stress, enjoying the race and the emotion that it will give you. Do check out BDB Hotels packages, designed with runners in mind which range as below as RM 49 per person for twin sharing room (minimum 2 persons) including nutritious breakfast and also RM 70 per person without breakfast. To add on, our official hotel partner is also offering 15% discounts for food and beverages for participants. Direct booking now at 04-917 2008.

Oh more thing, you  can have a look at the promo video for BDB Triple Challenge here too yaa... http://bit.ly/2e2UMjv

Here are the official running tee design from Brooks including Finisher Tees for Half Marathon and Full Marathon too. Fancy medal design for all the finishers. What are you waiting for folks... Come and join me running through the quaint lovely Jitra town together...=D 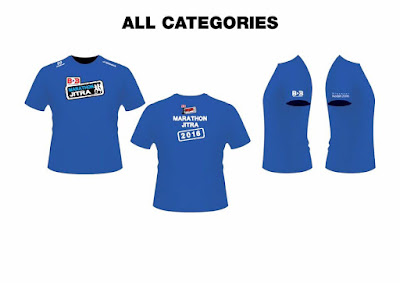 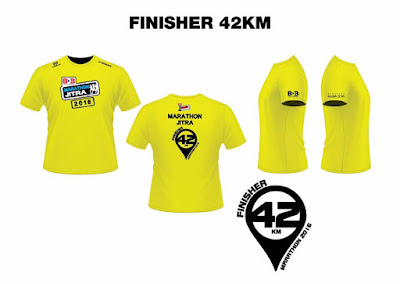 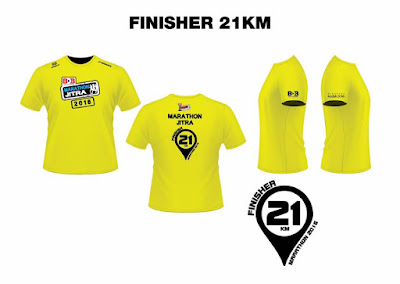 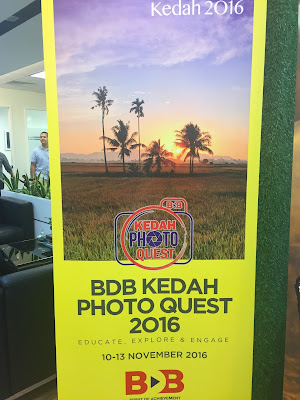 Thanks Ms Lotfi Ismail for the invites. =D 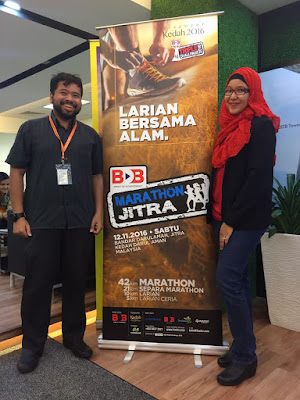