Happy Wednesday folks! Before all this running bug bit me in the... ermm let's just say my curvaceous bottom, I've once joined an Adventure Club activities during my matriculation year, circa 2000/2001. We went hiking up the majestic Gunung Angsi in Hulu Bendul, Negeri Sembilan. The feeling was awesome. I would never thought I would be bitten by a trail bug after the recent hiking Mount Nuang. Therefore I was determined to take this challenge, especially after reading Deo's review on the first two events in Mount Datuk and Mount Berembun. Pretty much intrigued to experience it out myself and tried to push my limit as well. Looks like I paid such a high price for joining this insane super tough route.. T..T 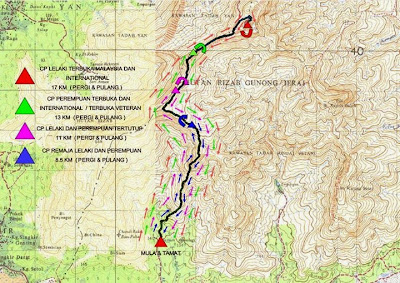 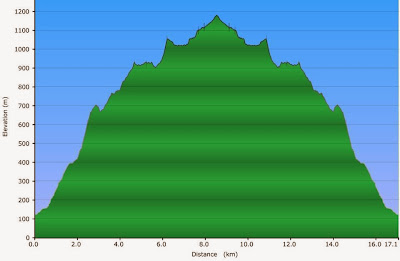 Before the race, I did some homework and studied the map and elevation of the route. First thing that crossed on my mind, oh it's not as high as Mount Nuang, so should be doable then. Later on, I bought my 2nd trail shoes after my 1st one failed to support my feet efficiently after my Nuang maiden hike. I've chosen Skechers GoTrail after reading all the positive and promising reviews from the reigning Kings and Queen of Skechers, i.e. Nick Arthur, Yvonne aka Piffles, Jamie Pang and Stupe. Along with the shoes came this fancy foldable Skechers' water bottle, once I signed up for the membership. Ideal for my Jerai Challenge, I said. 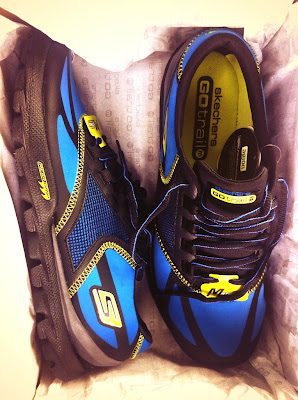 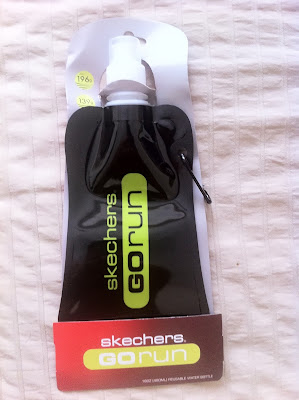 Still in the super excited mode, I went out for the break in of my new GoTrail aka GoAzul right away after work. I ran at MARDI Jungle Trail on Tuesday, 11 June. Completed 7.27km and felt great. I fell in love instantly for these shoes. The grip was awesome possum, light weight yet was very supportive indeed. Further reviews on GoAzul later okay. My 2nd trail was done on Thursday, 13 June. I did 9km on the MARDI Trail and found the super insane steep incline I've never seen before in MARDI. My right quad felt slightly sore after the run. Gosh! So, overall, I managed to clock in 16KM of mileage for this new shoes before the event. And I thought that would suffice. Apparently I was dead wrong... T..T


I started my journey to the Northern region on Friday, 14 June after work. Luckily one of my running buddy, Azrul Adnan aka Roy, the proud owner of #KuihSiputBonda family business, was willing to accompany me along the 5 hours journey. We reached Lembah Bujang Archaeology Museum around 9pm after almost getting ourselves lost in Semeling. I collected my racekit, thanks to my new running blogger friend, Dr. Amin for helping me and I had a scrumptious dinner, just rice with ayam masak merah. Boy, I ate like there's no tomorrow! LOL.. Yummilicious totally!!!

After that, I went straight away to my uncle's house in Aman Jaya, Sungai Petani. I was so freaking exhausted and hit the sack asap. Around 5.40 am, I woke up and prepared myself up. Reached the starting venue around 7.20 am. I saw some of the runners were having their nasi lemak and kuih muih for their breakfast while others were already warming up religiously up and down the venue. I was having the jittery feeling when I saw so many fit runners with a very minimalist gears for their trail run. While I on the other hand, will be running with this bulky Deuter backpack with 3 water bottles filled with drinking water, one with ORS and one with Gatorade. Looks like it a wake up call for me to buy a hydration bag (3L at least) for my next trail/mountain run. Cheapo much of me haha...

After the national anthem Negaraku and some du'a were performed, the Male Open and International category were flagged off on 8.15 am sharp. I had to run on the narrow path towards the first stream, more like walking before the bottleneck occurred before the stream. We were required to cross the stream one by one on the small wooden bridge. Then it's showtime Synergy! @..@

I was huffing and puffing on my way up. The undulating inclines were started to be tormenting enough for my calves muscles. I could already hear them screaming out loud in pain! Super nasty inclines!!! Hahaa, poor thing! Circa 400m of elevation, I was stung by a lost bee. I did not see it coming and this bee stung my thigh. Ouch! Hiking was not getting any easier from now onward. Reached 600m of elevation and I managed to take a breather. I started to see the view from up here already. I hiked through this Enchanted Forest aka Roasted Forest, where everything was heavily burnt and the soil was black too. From this point onwards, the hikers had to give way to those International Elite runners and other local runners who were already making their way down from their checkpoints. Gosh, so freaking fast, it was only less than 2 hours!

I reached my Check Point 4 (8.5km) after 3:05 and took a break by refilling the almost empty bottles. Then I started to descend from the elevation of 1100m. And then things started to get pretty ugly from now onward. As I made my descend, I had not one, not two, but 4 series of cramps all over my legs! 3 times on both of my quads muscles, while another one were on my left hamstring muscle. Painful like hell. I now regretted for not having a proper warming up before running this trail... Sob2... Thank goodness I brought along a Gamat hot balm to be applied on the cramped muscles. I tried to soldier up and kept on walking during my 4th cramp as it was already 4:30++ and there's nobody left in front of me. Running alone in the trail was pretty creepy I told you. Need to descend fast although the declines were super nasty steep but I did not care less!
Finally I reached the 17km finishing arch in 5:21:38 after running through the super nasty inclines and declines, two streams and muddy terrain. Fair enough for a trail newbie like me.. =D Even though it was already beyond the cutoff time of 5hours, I still received the finisher medal nonetheless. As I arrived, I saw Idot and other runners were already having their Nasi Ayam for lunch. I obliged by taking the meal although I was not feeling that hungry at the moment. It turns out that it was the best Nasi Ayam I've ever tasted, although the sambal was pretty spicy. Hahaa... While waiting for the closing ceremony, I went for a shower and changed into fresh clean clothes. Thank goodness, I did not had any chaffings, twice in a row. Thanks to Vaseline, my bff right now.. Ahahaha...
Overall, it was a good event, aside from the underwhelming cotton event tees. There were plenty of marshals and JPAM personnel along the route. There were also some Firemen and Rescue Team standby at the last CP4. I had so many fun too running/hiking along the way with a very breathtaking view along 900 - 1000 m of elevation. Will be looking forward to redeem myself next year to do under the cutoff time, sub 4:30 perhaps? Hehee...

That's all for now, looking forward to do the last grand finale of the National Mountain Circuit Series which will be held in Mount Nuang, Selangor. Looks like I had to revisit and train myself there soon, any takers want to tag along? Hehee...

Eh, I almost forgot that I went for the most anticipated monthly event, the le Sabuns Ultra LSD. It was held on the same day as Kedah Mt Jerai Challenge. Luckily it was held on 9 pm. I drove back just in time for the group photo session and warmed up for the training. Running along the famous KraziRunners was my privilege that night. These ladies were strong determined bunch I tell ya. At first I wanted to do 10k run to topup my previous 17KM mileage in Jerai to make it 27KM, but my legs muscles were super sore and
I had to satisfy with doing 8KM only to get that 25KM mileage of the day =D.
Love the icy cold juicy grapes from Kak Lina aka Femes Bunny Runner, homemade banana cake drizzled with Nutella from Kak Nannoor the Glamorous Marathon Mom and other bananas, fruits and deserts from other runners as well. More like a picnic for runners to me..Yummeh! Hahaa... It was really nice to catch up and hangout with them that night.