Hello there fellow readers, followers, my beloved brothers and sistas of Runninghood. Have a splendid Tuesday to all. After struggling with my old and new knee injuries crawling back at me recently, I've decided to rest a bit more after the recent Brooks Halfie Marathon 2013. However, I intend to do a back-to-back-to-back race report and running diary. So here we go...

I would love to share my 1st Runcation ever in Jakarta during my recent CNY loooong break. (martylarrr citer dah basi... dah bole wat tapai dah.. LOL!) At first, I only planned to run in Bandung, whenever I had chances. However, I realised that running in the crowded city was impossible. The road around the city was less runners friendly and we have to go further to the countryside to do so. Until my friend aka tourist guide, Mas Irwansyah told me that there would be Car-Free Day every weekend in Jakarta. I was like super yayyyy! I would never imagine being able to run on the most busiest roads in the heart of Jakarta City (JKT). Super excited indeed...  After all the makanthon in BDO - JKT (Read: Nasi Uduk & Batagor), at least I could burn off all those sinful indulgence. Hahaaa! Finally after 3rd time I went to JKT for holidays, I did my runcation there... =)

Sunday mornings between 6 am and 11 am is designated as a " Car-Free Day" in JKT, Indonesia where the city closes off Jalan Sudirman and Jalan MH Thamrin so that the urban dwellers can enjoy a stroll, run or bike their way across town. Since then Car Free Day became a monthly event in JKT, held every last Sunday of the month. However every other Sundays these main avenues were closed for cars for a shorter period.

I started out a bit late that glorious morning, around 7.45 am. Had to blame for the late night "activities" on the previous night. LOL. It was already bright that morning. The air was still crispily fresh. I started running from my Thamrin Condotel Residences. It wasn't that far from Grand Indonesia and Thamrin City. Around 2KM, I reached the famous Selamat Datang monument located in the centre of Hotel Indonesia Roundabout (Bundaran HI). Couldn't resist to camwhore myself there. LOL... There were many people were seen taking pictures and chillaxing while listening to the mini gigs performed by the street buskers nearby. I could see some of the street hawkers were also selling their food and kuehs on carts along the closed roads.

The weather was getting warmer by the time I reached Monas, it was around 5KM there. I immediately snap more and more pictures as the weather was awesome. There were many people running around the Monas Park, while others thronged the morning market. I witnessed there was an event being held in Monas too. Some novel campaign being launched. 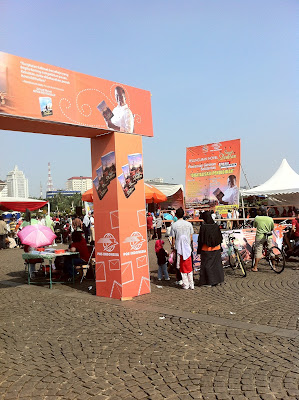 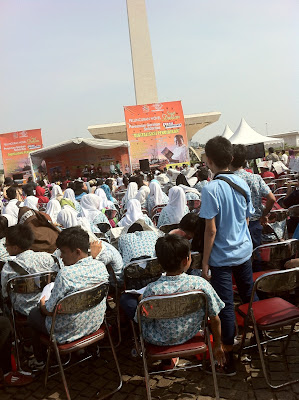 Then it was time for me to head home as I don't wanna miss my breakfast by 10 am. It was getting hotter by 9.30 am. I headed home and went back towards Jl. Thamrin and running into Jl. Sudirman. From there onwards, more and more cyclists were seen conquering the road. I noticed a mother cycled with her daughter,  while a father encouraged his son to tackle the incline. I saw there were several ala car boot sales  were held by the road, selling some bike accessories and bike wear with a reasonable price. Even the policemen and policewomen were patrolling the road in bicycles. Super cool!


Overall, I managed to do 14.5 km on that lovely morning. How I wish we could have a Car Free Day in KL as well. It would so cool for us cyclists and runners to exercise around Dataran Merdeka and Padang Merbuk once in a while, at least once a month. Well, in the meantime I`m sooo looking forward to do another runcation during my travel trip in the near future... =)

Before I go, I would like to serve you guys with my makanthon galore in BDO & JKT. See how guilty I felt after walloping all those scrumptious delicacies.. Cheers and happy running fellas! 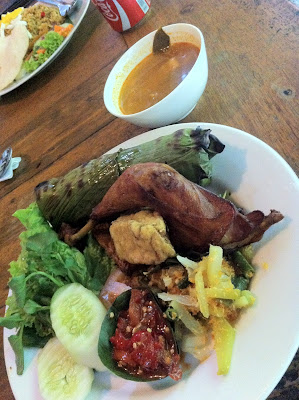 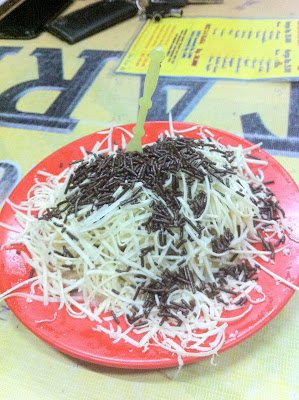 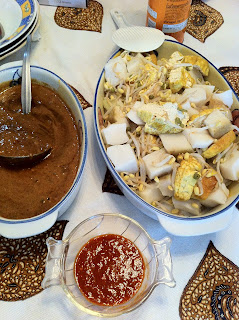 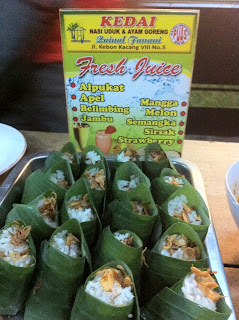